It’s was the big piece of news out of South Jersey Thursday morning! You know that big tower that everybody thought was a part of a nuclear power plant that’s right in your direct line of vision on the horizon in the Beesley’s Point section of Marmora? Well, it’s officially NO MORE!

The Beesley’s Point cooling tower came crumbling down during the morning hours of Thursday, September 29th. People were messaging each other on social media desperately trying to find somewhere to watch it happen live. How do we know that? Well, to be quite honest with you, we received a few of those messages ourselves to a some of our social media pages.

So, since so many of the locals in that area of Atlantic and Cape May counties took such an interest in the big implosion that went down, we decided we’d look for some of the best videos we could find that give you the best vantage point of the moment it happened. It was a BIG boom, too.

Check out this reel posted to Facebook of the moment the tower went “KABOOM”:

Obviously, the best vantage point of the implosion either came from the air, the Beesleys Point-Somers Point Bridge, or from someone’s home that has a decent view of the horizon in that direction. Here’s a video of the big moment courtesy of Youtube shot from the bay & Tennessee Avenue in Ocean City:

So, what’s next for the site? Well, the current plan by the new developer/owner of the property is expected to build a boardwalk that’ll be complete with shops, hotels, and even some residences along that strip. Hopefully, the region will see that vision come to life sooner rather than later.

Atlantic City Police are a Blessing to Those in Need

Best of the Web

Get an Edge on the Competition Today!

Welcome back to Lite 96.9 WFPG

It appears that you already have an account created within our VIP network of sites on . To keep your personal information safe, we need to verify that it's really you. To activate your account, please confirm your password. When you have confirmed your password, you will be able to log in through Facebook on both sites.

Welcome back to Lite 96.9 WFPG

It appears that you already have an account on this site associated with . To connect your existing account just click on the account activation button below. You will maintain your existing VIP profile. After you do this, you will be able to always log in to http://wfpg.com using your original account information.

Please fill out the information below to help us provide you a better experience. 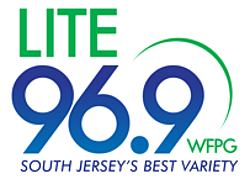